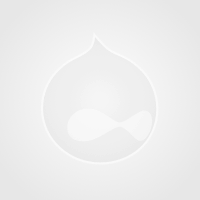 Experienced professional and ambitious entrepreneur with more than a decade of experience in the software development. Michal was a tennis player and played the highest league in Slovakia. These years have taught him to be hardworking and focused on result. It’s the blood, sweat and tears on one and freedom on the other side that he loves about being an entrepreneur.

"We bring R&D from startups to big players (Orange, Erste group IT, Raiffeisen Bank, Lidl, Telecom, Tesla Liptovsky hradok, VW...) as a team of 40 specialists choosen from more than 400 interviews :)"

After several years of developing and programming apps Michal became a co-founder of several companies in the area of technology, Internet, media and Internet of Things.

Because of his passion for startups and mobile technologies in general, Michal is mentoring several projects to achieve their goals and dreams.

He was invited as one of the main speakers on several tech and digital conferences.

When he isn’t masterminding the next breakout app, you can find him playing tennis, golf or sailing. During winter he loves snow and mountains - both skiing and snowboarding.